When America was quickly becoming a fast food nation in the 1960s, the Red Barn was one of the many popular burger restaurants that popped up in the Rochester area.

The Red Barn was a chain smaller than its contemporary rivals like McDonald’s and Burger King, and larger nationally than Carrols (who featured in a previous episode of What Happened to…?).

Like these other chains, the Red Barn offered burgers and cheeseburgers, but also fried chicken, fish sandwiches and a salad bar that predated its competitors.

Showcasing a country theme in barn-shaped restaurants, the Red Barn offered specialty sandwiches like Barn Buster and Big Barney. His eye-catching publicity jingle was “When the Hungry Strike… hit the Red Barn”. The chain’s headquarters had been in Rochester for the past several years.

So what happened to… the red barn?

Well, the company went bankrupt, and so did Carrols. Both have been overwhelmed by deep-pocketed McDonald’s and Burger Kings as well as emerging fast food powers like Wendy’s old-fashioned burgers.

But the Red Barn has an interesting story that we’ll take a look at and a strong following that includes a Facebook group (“I remember the restaurants in the Red Barn”) with over 6,500 followers.

The Red Barn was founded in Columbus, Ohio in 1961, wrote Kathy Lindsley in a 1987 Times Union article. Other sites have reported the start was in Springfield, Ohio, about 45 miles west. of Columbus. Regardless, the chain entered the Rochester area soon after.

The Red Barn has peaked at around 400 restaurants in 22 states, Canada and Australia, according to the website Barnbuster.homestead.com, which claimed to be “the only website dedicated to the Red Barn Fast Food restaurant.”

Local outlets included those on Ridge Road near Dewey Avenue, another near East High School, and one at 1965 Chili Ave., the last surviving in the Rochester area. Naturally, teens and toddlers especially liked the Red Barn, as evidenced by the Facebook posts.

“As a high school student who worked after school and on weekends across from Chili Ave. Red Barn, it was a pleasure to go there for a lunch or dinner break,” wrote Kathleen Wilkin of Rochester. “At that age it was ‘fine dining’.

Kenn Mastrodonato of Penfield was a regular when he attended East High in the late ’60s and early’ 70s.

“The red barn across from East High was a hangout for (many) local children,” Mastrodonato wrote. “My friends and I pretty much ran this place… it was one of our central homes / bases in this neighborhood.”

The business was reportedly founded by three men and sold several times in the late 1970s and early 1980s. The main office moved to Rochester in 1978, Lindsley wrote.

Red Barn has used cartoon characters with names such as “Hamburger Hungery”, “Chicken Hungery” and “Big Fish Hungery” to showcase their products. (The company apparently changed the spelling to “starving” at different times.)

Donna Mueller Blackman from Greece, who said her first job was at Red Barn, remembered the characters well. She commented on Facebook that she remembers “standing out on the median of Chili Avenue with the team members (dressed) in hungry chicken, hamburger and fish!”

The Red Barn salad bars were ahead of their time among fast food outlets. Lindsley wrote extensively in 1987 about the “new” salads at places like McDonald’s, but noted that the Red Barn had already had them for 20 years.

But the novelty eventually wore off and the overwhelming growth of McDonald’s and others took its toll on the Red Barn. By the time New York businessman Phillip Kahn acquired the company in 1983, the Red Barn had only 100 restaurants “but 50 of them were already closed,” Lindsley reported.

The company filed for bankruptcy in early 1986 and would then operate 22 outlets in New York, Ohio and Washington, DC.

Lindsley wrote in 1987 that a local businessman who had founded and owned several restaurants, including Poor Richard’s Pub, had recently become the chain’s executive vice president. He spoke about new marketing promotions, facility renovations and new products like mashed potatoes.

But the few remaining restaurants closed soon after.

A former red barn in Batavia now houses Settler’s Restaurant at 353 West Main Street. The restaurant has an article on a wall about the red barn there.

“I thought it was pretty neat, the story of this place,” said owner John Spyropoulos, whose parents bought the building in the mid-1980s. This red barn opened in 1966 and closed. in 1981, according to the report. “We’ve had customers come over and say, ‘I used to work (at the Red Barn) or used to eat there. This place still has the barn roof, although we have added an addition on the front.

For all Red Barn fans, when hunger struck, they had to go elsewhere.

What happened to …? is an article about the old haunts of Rochester and is based on our archives.

Morrell is a Rochester-based freelance writer.

Editor’s Note: This story was originally published in July 2016. 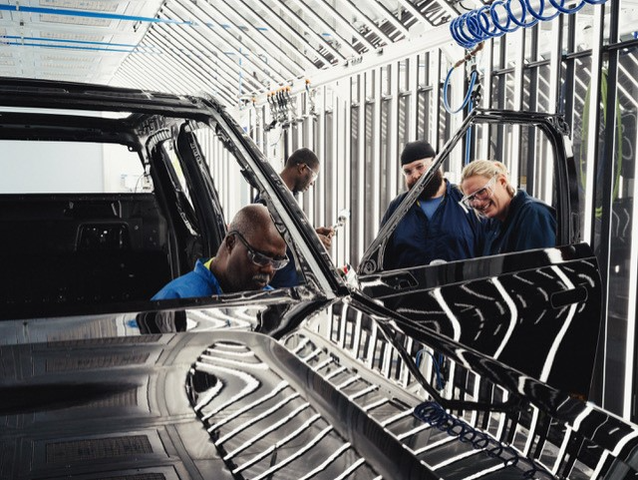