Since establishing ties in the 1970s, China has become a major contributor to Guyana’s economic development, with a presence in infrastructure, forestry, fisheries, wholesale and retail services, as well as in the extraction of gold and bauxite.

After years of partnering in these industries, China now appears to be well placed to strengthen bilateral ties with Guyana, with one of its state-owned oil companies among key partners involved in the largest deep-water oil reserves. of the South American country – the Stabroek Bloc.

This offshore concession is operated by the subsidiary of ExxonMobil Esso Exploration and Production Guyana Limited (EEPGL). To date, Esso and its partners, US company Hess and the China National Offshore Oil Corporation (CNOOC) – the third largest national oil company in China – have discovered about 10 billion barrels of recoverable oil equivalent at the site.

The discovery of these important resources has sparked local and international debate, including environmental, climate and governance risks and the future role of Chinese companies in Guyana’s burgeoning oil and gas industry.

China, an important source of investment for Guyana

CNOOC itself is a newcomer to Guyana’s oil sector, which only had a production capacity of 120,000 barrels per day as of December 2019. However, Chinese state-owned oil companies are expected to demonstrate their economic strength in years to come, according to Arthur Deakin, co-director of energy analysis at Americas Market Intelligence (AMI). He adds that China’s role as a development partner will increase alongside Guyana’s economic prosperity.

“What China offers Guyana that the United States does not offer is speed; their centralized government allows them to disperse large funds without bureaucratic delays or red tape, ”he told Diálogo Chino. “I think China could win many projects that will support Guyana’s oil industry and energy sector.”

Deakin cited the example of the Amaila Falls hydropower plant: the project recently received government approval to be built, owned and operated by China Railway Group Limited, which will then supply electricity to Guyana Power and Light. , public service.

As a small state and a member of the World Trade Organization, our job is not to seek to exclude states with an interest and capacity to invest in Guyana.

As Guyana prepares to develop its gas resources as well as the industries needed to support them, Deakin said the country will need foreign direct investment. It won’t just come from the United States and Western countries, he added, suggesting that many will come from China. “As Guyana grows, China’s influence in the oil sector will also increase,” the MAI analyst added.

Such a forecast is supported by a Trinidadian energy expert who has worked with the current and former governments of Guyana on the legislative framework for the petroleum industry, and who did not wish to be identified. The analyst agrees that, in the coming years, we can expect to see an increase in Chinese investments in Guyana.

Regarding CNOOC’s direct investments abroad, he said the state-owned company could buy stakes in other offshore blocks such as the Orinduik block, led by London-based Tullow, Canadian Eco Atlantic, French Total SA and Qatar Energy.

He noted that companies such as Eco, which primarily focus on identifying new border areas requiring low-cost entry, are known to cash in on projects quickly. Given the increasing importance of the global energy transition, he argued that CNOOC could seek to acquire the stakes held by Eco, or even Total, which seeks to reduce its carbon footprint.

“The game is very, very dynamic and a lot of money is at stake in Guyana,” the Trinidadian consultant said of the development of the sector.

For the CNOOC, investing in Guyana’s development also complements China’s foreign policy objectives: “Carrying out national initiatives and actively promoting the development and construction of countries along the Belt and Road is a mission. honorable for CNOOC, “read a 2019 statement.” The Guyana Stabroek project will continue to increase the company’s production and storage over the coming decades and contribute to high-quality sustainable development, ” he continued.

However, the discovery of oil sparked a debate in Guyana about the sustainability of the development of the new resource and the government’s aspirations to maintain its low carbon benchmarks.

Melinda Janki, Guyanese international lawyer and ardent advocate for environmental protection, said past and current Guyanese governments have failed to demonstrate that they can stand up to oil companies and enforce strict sanctions and orders. when environmental violations are observed, or when the soundness of their operations is not proven.

Janki is also part of the legal team representing two Guyanese who mounted the first constitutional challenge to ExxonMobil’s operations in the Caribbean. The case argues that the emissions from the Liza Phase One, Liza Phase Two and Payara projects of the US oil major in Guyana are so large that they infringe the right of citizens to a healthy and safe environment.

A group of 30 Guyanese stakeholders, including Janki, wrote to ExxonMobil shareholders this year about the environmental threat posed by the ongoing gas flaring aboard the floating production storage and offloading vessel (FPSO) Liza Destiny. The Stabroek block would need ten FSPOs to recover its 10 billion barrels of reserves, according to dealers Esso, Hess and CNOOC. So far, nearly 400 million cubic meters of gas has already been flared – the process of removing gas associated with oil production by burning it.

But alongside concerns about environmental threats from Stabroek bloc operations, some Guyanese fear the country has already been plagued by the ‘resource curse’ – the negative impact of abundant natural resources on economic growth. significant and indicators of democracy and development compared to less endowed countries.

Carl B. Greenidge, former Minister of Foreign Affairs and now border adviser, does not share this “catastrophic” perspective. He said the oil and gas discoveries and their development will provide the platform Guyana needs to accelerate its development and diversify its economic structure, a view shared by many Guyanese.

He said China can be a key development partner for Guyana as it matures to be a strategic oil and gas player and insisted that while traditional sources of income such as mining and agriculture have sustained strong economic growth over the years, nothing has the capacity to provide the resources for rapid transformation as fast as oil. This is especially relevant now that Guyana, which gained independence from British colonial rule in 1966, may be able to retain more of the economic benefits.

Moreover, Guyana’s future growth and transformation will depend on investments in infrastructure and human resources, Greenidge said. The former minister added that Chinese companies were preparing technical and economic feasibility studies on infrastructure in Guyana, which officially endorsed China’s Belt and Road Initiative (BRI) in July 2018.

Particular attention is paid to transport infrastructure, such as deep-water ports and major highways: “American companies have shown no comparable interest in this sector or in production capacities such as ‘manganese and bauxite mining,’ Greenidge said. “So it would not be unreasonable to see Chinese companies bid more [often] than those in the United States when the time comes.

“As a small state and a member of the World Trade Organization, our job is not to seek to exclude states with an interest and capacity to invest in Guyana and to help build our physical and social infrastructure. “Greenidge said of the diversity of the country’s international development partners. “Guyana must establish appropriate rules and ensure that its executive institutions are able to implement and enforce these rules. “

Deakin, who has followed Guyanese oil history since its debut in 2015, said it was too early to say whether the country was hit by a resource curse. He noted, however, that the government’s proximity to the oil sector is a red flag: current legislation puts too much control in the hands of the finance minister, and there is no mechanism in place to ensure transparency and the responsibility.

The AMI analyst said industry practice dictates that there should be an arm’s length approach and that the government should have an independent body or commission overseeing the sector. This contrasts with the current institutional setup, in which the regulator is nestled within the Guyanese government. President Irfaan Ali, however, recently announced his intention to create a new independent authority before the end of 2021.

For Greenidge, broader environmental goals and the promise of transformative economic development clash in the case of Guyanese oil, a challenge faced by many developing countries as they seek to expand. He said that critics of any oil industry activity in Guyana in itself often mistakenly assume that their views are shared by a majority of the population and that without oil development the poor can still be much better off.

The discovery or presence of the resource itself should not be “demonized,” Greenidge concluded. But with the right mechanisms in place for good governance, which the country seeks, prosperity can follow, he said. 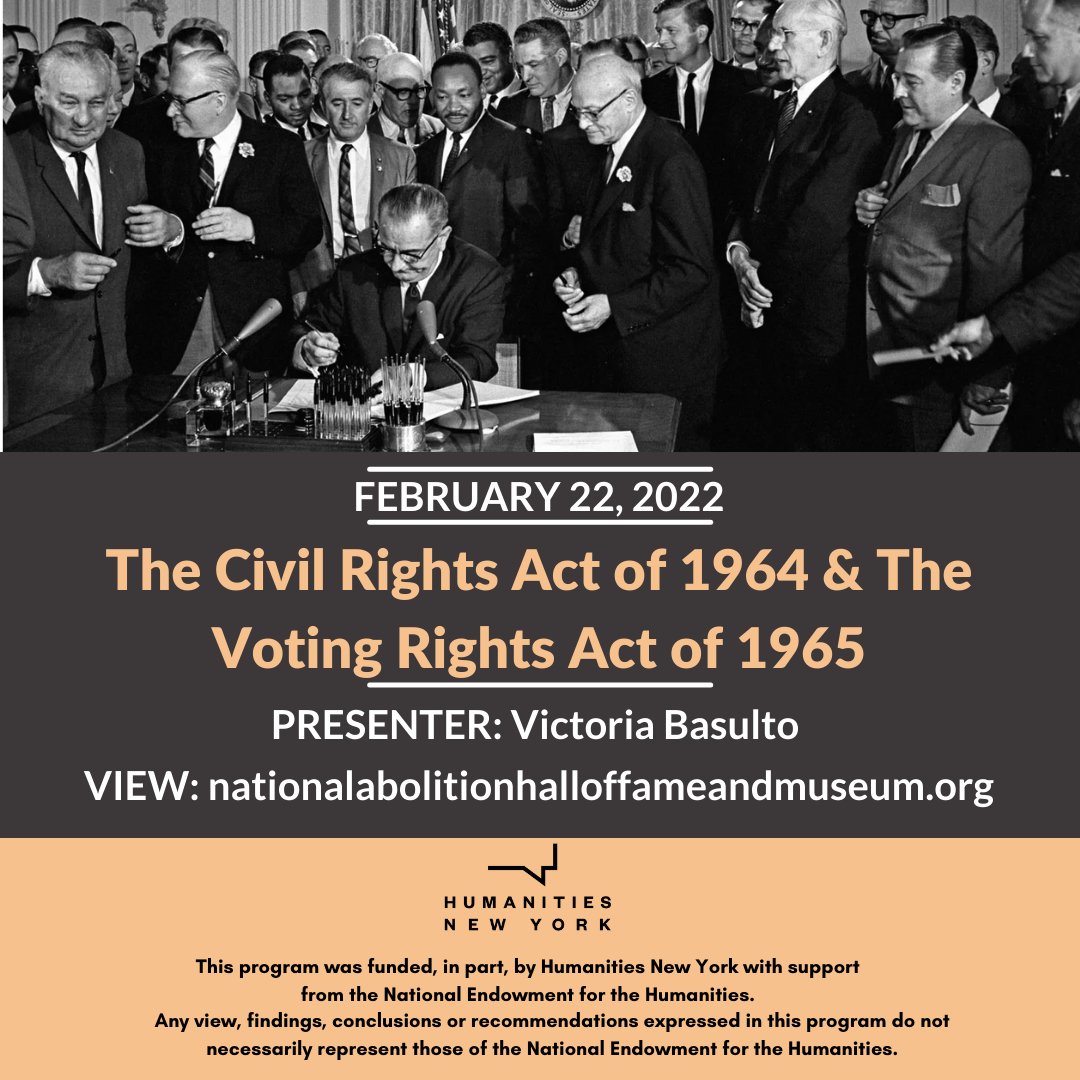