Redemption of some Treasury savings bonds difficult, says US

Hello and welcome to the Monday edition of the New York & New Jersey Energy newsletter. We’ll take a look at the week ahead and pick up on what you might have missed last week.

The letter includes comments similar to an earlier letter Murphy sent in early September to federal Transportation Secretary Pete Buttigieg, saying New Jersey didn’t have enough time to digest a 4,000-page environmental scan released this summer. The toll plan would raise tolls by up to $23, and the findings of the previous analysis implicitly rejected an attempt by New Jersey officials to reach a compromise for drivers who already pay tolls to cross the Hudson River.

Murphy’s latest letter is accompanied by somewhat detailed critiques of the New York Metropolitan Transit Authority’s toll plan by three agencies he oversees — the state Department of Transportation, New Jersey Transit and the State Turnpike Authority. In summary, they argued that the long and complex analysis released this summer was not comprehensive enough, so they want a full environmental impact statement, which would inevitably delay any tolling plan.

NJ Transit said MTA’s plans to toll commuter buses are “problematic” and inconsistent with MTA’s stated goal of reducing car traffic because it would make transit agencies, like NJ Transit, pay that transport people to New York who don’t drive their own cars. cars.

“While we share a goal of cleaner air and increased investment in public transit, the burden must be borne by those who are able and willing, not by those who can least afford it, who have alternatives and who have had no say in the matter. matter,” Murphy wrote. “We need to get congestion pricing right.

However, some of the Murphy administration’s criticisms are a little picky, such as concerns that congestion pricing would “drive new traffic to disadvantaged communities” near the Holland Tunnel. Currently, the Murphy administration is backing a plan to expand routes to the Holland Tunnel, which New Jersey transit advocates and Jersey City officials fear will drive new traffic to communities. of environmental justice near the tunnel. —Ry Rivard

GOOD MONDAY MORNING: Let us know if you have any advice, story ideas, or life advice. We are always here at [email protected] and [email protected]. And if you like this letterplease tell a friend and/or loved one to register.

Here’s what we’ll be looking at this week:

— The New York Climate Action Councilholds a public hearing to amend its bylaws to allow members to participate by videoconference without the presence of the public in “extraordinary circumstances,” although they do not count toward quorum requirements, 11:30 a.m., 17 Columbia Circle, Albany.

— The New Jersey Public Utilities Board meets and will consider, among other things, a controversial plan to seize land in Ocean City for an offshore wind project, 10 a.m.

— The Climate Action Council is meeting and should for recommendations on a cap-and-invest and carbon tax option to help fund the plan to achieve sweeping emissions reductions, 1 p.m., at locations in Albany and New York.

— The New Jersey Public Utilities Board will hold a hearing on a request by Orsted to obtain an easement in Cape May County for an offshore wind project, 9 a.m.

— New York Independent System Operator released a system outlook report to 2040 that provides a window into the transmission and generation investments needed to meet the state’s climate mandates. This includes a staggering amount of new resources relative to historic investment levels to meet the growing demand for electricity as buildings and transportation shift from burning fossil fuels to relying on the grid. The NYISO report also reiterates, yet again, the need for “emissions-free, distributable resources” to back up growing amounts of time-limited storage and renewable energy. The report does not shy away from the potential need to keep fossil fuel power plants online if this technology is not available. “The development and construction lead times required for these technologies may extend beyond the policy target dates,” the report states.

– PRESS RELEASE: Hochul has signed an invoice which was a top priority for some environmental justice groups to study the impacts of extreme heat on disadvantaged communities.

Would you like to receive this newsletter every day of the week? Subscribe to POLITICO Pro. You’ll also receive daily political news and other information you need to take action on the biggest stories of the day.

— Legislators move the bill forward to study the energy of waves and tides.

— Disinfection of bags, allowing paper bags – confusion over the hiccups of the state’s ban on single-use bags.

BUSY PORT —Ry Rivard of POLITICO: The seaport around New York Harbor handled more cargo last month than the Port of Los Angeles, becoming the nation’s largest commercial port for the first time in recent memory. “The port was the busiest seaport in the United States,” Rick Cotton, director of the Port Authority of New York and New Jersey, told the bi-state agency’s board of directors during a meeting. a meeting on Thursday.

PRESERVATION OF AGRICULTURAL LANDS — New Jersey Governor Phil Murphy has conditionally vetoed a bill that would have made it easier to hold special events, like weddings, on preserved farmland. The governor fears the bill won’t do enough to protect farmland and proposes changes. —Ry Rivard

NYPA RELEASES HYDROGEN PILOT RESULTS —Marie J. French of POLITICO: Burning hydrogen mixed with natural gas at a state-of-the-art NYPA-run plant reduced carbon dioxide emissions and did not increase harmful co-pollutants that environmental justice groups are concerned about. The pilot project was the first to burn hydrogen at an existing power plant, and the results will help inform industry efforts to use ‘green hydrogen’ to reduce greenhouse gas emissions . The New York Power Authority ran the pilot using a 45-megawatt General Electric turbine — similar to a jet engine — at its Brentwood plant. “We did this for the benefit of the industry at a time when there is a lot of discussion around the use of hydrogen, the role it can play,” said the president and CEO. NYPA Acting Justin Driscoll. “We hope people will benefit from the results of the study.”

MURPHY INCREASES HIS OFFSHORE WIND TARGET —Marie J. French of POLITICO: Governor Phil Murphy on Wednesday increased New Jersey’s offshore wind target for the second time, setting the nation’s highest target at 11,000 megawatts by 2040. New Jersey’s previous target for offshore wind was 7,500 MW by 2035. The new goal puts New Jersey ahead of the mandate set by neighboring New York City. Murphy made the announcement at a Climate Week event in New York alongside New York Governor Kathy Hochul, a fellow Democrat. Offshore wind is seen as a key part of ambitious climate goals in Atlantic Coast states due to the ability to connect the new source of electricity close to centers of demand.

NYSERDA LAUNCHES A RENEWABLE CALL FOR TENDERS — Marie J. French of POLITICO Governor Kathy Hochul on Wednesday announced a months-delayed procurement for 2,000 megawatts of new onshore large-scale renewable energy projects to keep the state on track for its mandate of 70% renewable electricity from ‘by 2030. Hochul announced the latest solicitation administered by NYSERDA at a Climate Week event in Manhattan. “It’s going to be another massive job creator,” Hochul said.

NYLCV SCORECARD RELEASED —Marie J. French of POLITICO: Conference House Democrat scores rose and Senate Democrats fell slightly from a year ago in the New York League of Conservation Voters’ annual scorecard for state lawmakers. The group rates the performance of lawmakers based on the votes and sponsorship of its priority bills. Rankings are often presented by legislators as proof of a strong environmental record. House and Senate Democrats have averaged scores of 92% this session.

STRONGER PFAS STANDARDS PUSHED —Marie J. French of POLITICO: Drinking water safety advocates are pushing New York to set even lower limits for two well-studied toxic PFAS chemicals, urging the state to issue restrictive limits for 23 others in the same class after missing a deadline statutory. Environmental groups and residents of PFAS-contaminated communities held a news conference in Albany on Monday, calling on the state’s Department of Health to set new limits for PFOA and PFOS, as well as other products. PFAS chemicals to the lowest possible level.

SHIELD DENIED TO PFAS MANUFACTURERS —Jordan Wolman and Ry Rivard of POLITICO: A federal judge has denied a request by 3M Co. and other companies for partial protection from a massive set of consolidated lawsuits stemming from the use of “eternal chemicals” in fire-fighting foam. District Judge Richard Gergel denied the companies’ government contractors’ immunity claim by denying their request for partial summary judgment, which would have offered a broad defense under the argument that the government knew what it was getting when it bought the PFAS-laden foam and therefore would have had to assume some of the risks that came with it. 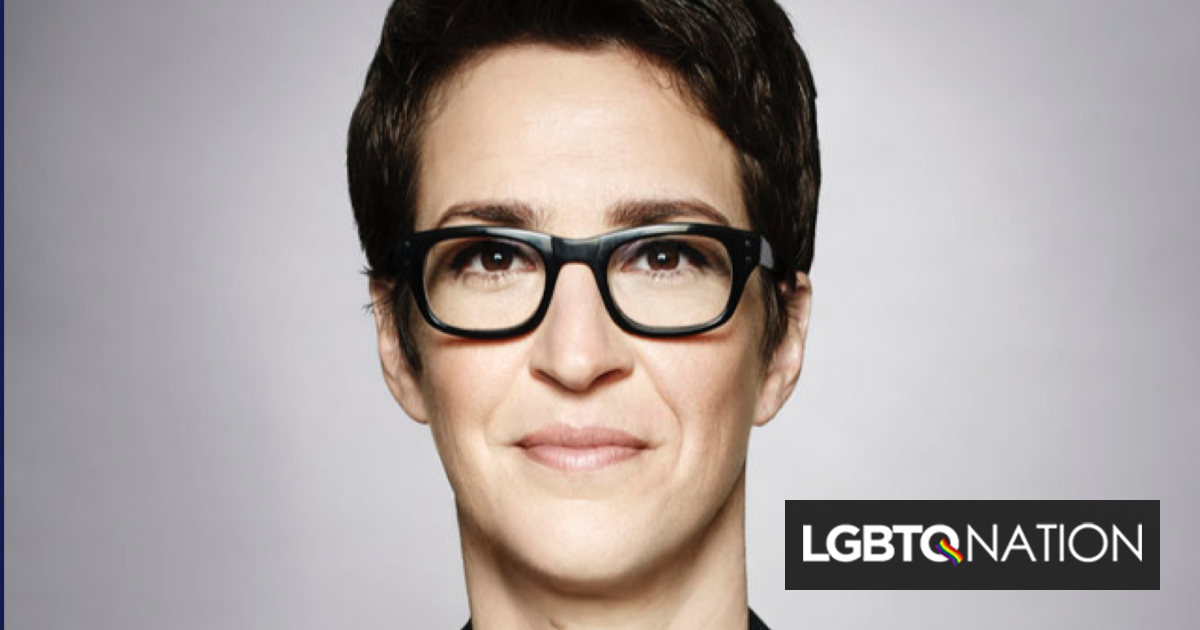